I’ve done a few experiments with time-lapse photography before, but seeing some recent work by David Saffir (http://davidsaffir.wordpress.com) reminded me how much I enjoy the process. Here are a couple of recent attempts. The first was an attempt to shoot some of the highly hyped Camelopardalis meteor shower that turned out to be a dud:

The second was the next day, after I saw how cool the results of the first attempt turned out.

While attending a lecture by internationally reknowned photograper Joe McNally, I was struck by some images he shared, that he had taken of some friends and fellow photographers. So often, we photographers are behind the lens, and not in front of it! In fact, many of my photographer friends have tons of vacation photos in which their families appear, yet they are absent… always on the wrong side of the lens.

I decided to embark upon this project of taking portraits of photographers.

As the project was ramping up, I thought about the relationship that photographers have with their cameras. Phototographers talk about their “gear” all the time. With some, the talk is about learning, with others it is a point of pride, and with some, it is an obsession.

Photography may be the one art form in which a lifetime journey begins with the gift of the tools to create. You never hear, “I decided I wanted to become a writer when my dad gave me a typewriter (or computer, for you kids).” Music, painting, sculpture: all arts in which the appreciation typically precedes the desire. Yet, you often hear photographers speak about getting a camera, then becoming hooked.

For some photographers, the camera is just a tool, no different from a paintbrush. For others, the relationship is more like a guitarist with a prized Les Paul: Something to lust after, acquire, and bond with over years of creativity.

I asked the photographers in this exhibit to bring their favorite cameras. Other than that, they were free to suggest any other “adjustments” or props.

It was interesting to note how many of the photographers expressed discomfort with being on the other side of the lens. Some even admitted to disliking it a lot!

The concept for this exhibit presentation came to me in a flash. My own journey with photography began taking pictures on film as a child. As a teenager, I worked in a traditional film darkroom (in my bedroom closet). The idea of presenting these digital images as if they had been shot on film and printed with “old school” darkroom techniques appealed to me.

The first exhibit for this project was presented as part of the City of Santa Clarita’s ArtSLAM on May 1, 2014.

All of the images were taken with a Canon 5D MkIII, and an 80mm f1.8 lens. Each image was processed in Adobe Camera RAW and Photoshop, and printed at MPIX.com. 4×5 “negatives” were printed on an HP Laserjet using transparency film.

The main image above shows a mockup of the exhibit in my studio space.

Here is a shot of the exhibit in place: 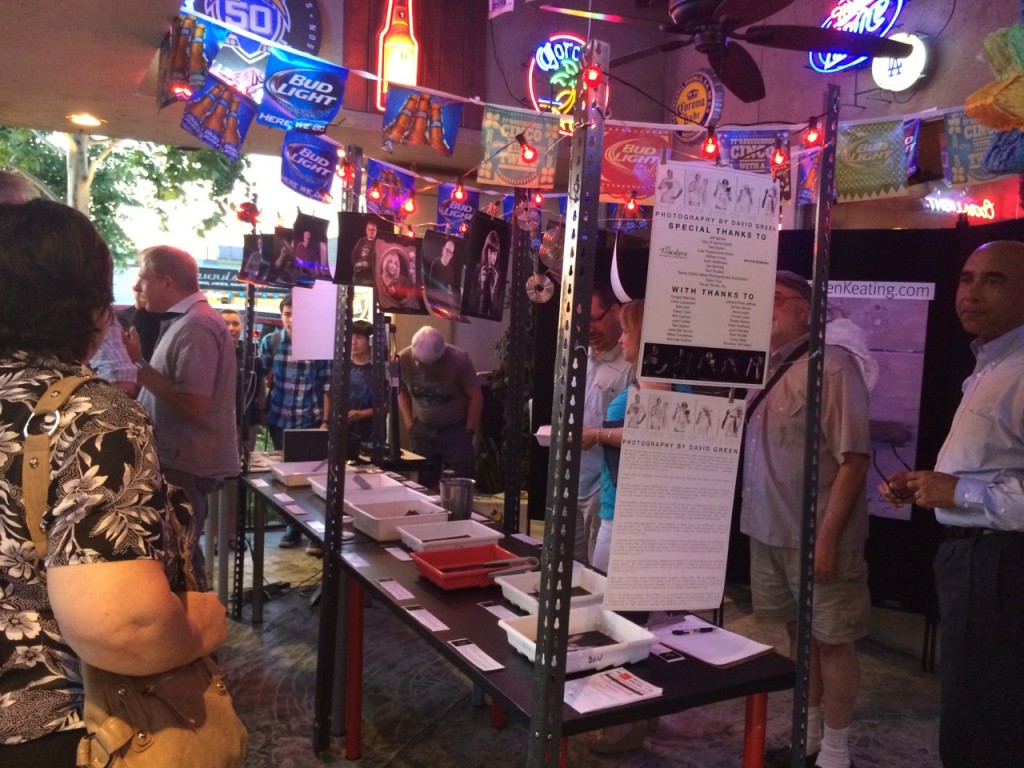 A young boy and his mother show that the appeal of photography is across generations. 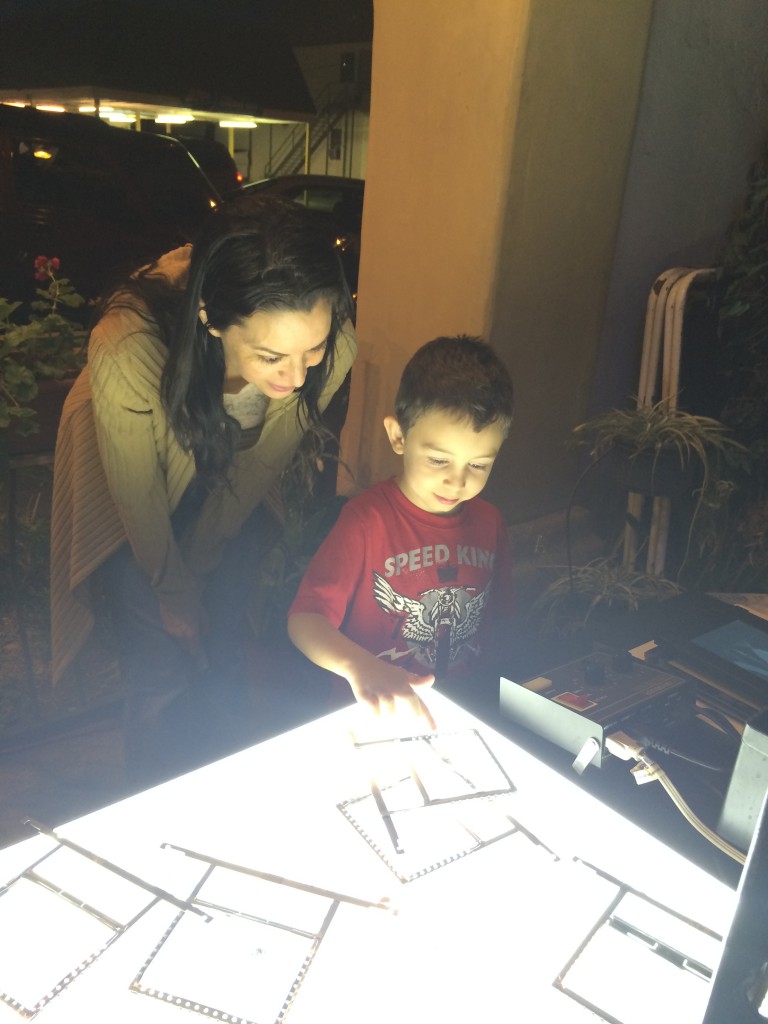